According to World Health Organization (WHO) and World Bank Report on the state of sanitation in Kenya, only 29% and 59% have access to safe sanitation and clean drinking water respectively. 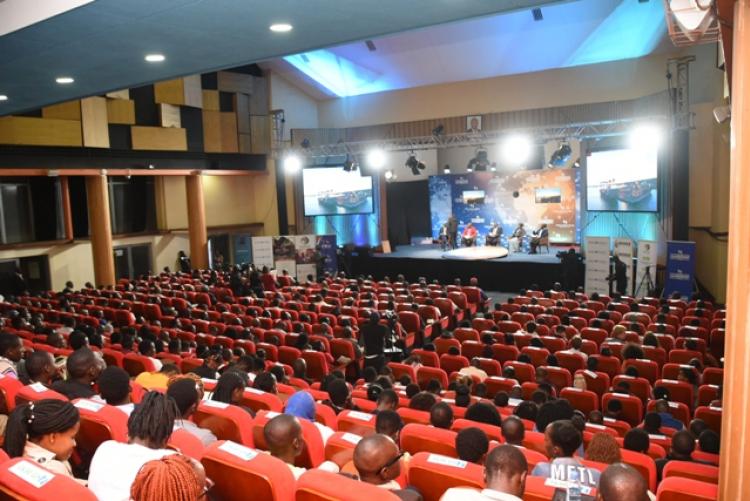 According to World Health Organization (WHO) and World Bank Report on the state of sanitation in Kenya, only 29% and 59% have access to safe sanitation and clean drinking water respectively.

During a televised debate at the University of Nairobi involving the academic, industry and government, it was reported that many cases of health issues are related to drinking non-clean water. The lively debate was moderated by NTV Host Smirti Vidyathi on November 18, 2019.

Speaking during the debate, Cabinet Secretary, Ministry of Water, Sanitation and Irrigation, Hon. Simon Chelugui, observed that the government has put in place various interventions to ensure that Kenyans have proper sanitation and there is clean water for all by the year 2050. Some of the interventions by the government include building of dams and water tunnels. He observed that government agencies are alert to ensure that Kenyans are not put at risk by drinking water that is not safe. He observed that despite the challenges, various government agencies like National Environment Authority (NEMA), Kenya Bureau of Standards, (KEBS) are working hard to ensure quality drinking water for all.

University of Nairobi Vice Chancellor, Prof. Isaac Mbeche, opined that the University is well established to carry out research and is to help the country deal with water sanitation issues and testing of heavy metals in drinking water from several water bodies like lakes, rivers and oceans. The Vice Chancellor noted that piped water for all households will be possible with government prioritizing it as it gears towards implementation of SDGs.  The Vice Chancellor, was represented by Prof. Julius Ogeng’o, Deputy Vice Chancellor, Academic Affairs.

Nation Media Group Chief Executive Officer, Stephen  Gitagama, stated that close to 10M Kenyans drink polluted and toxic water. He challenged the government agencies to prioritize clean drinking water for all. “It may take another 200 years to achieve sanitation and clean water for all if we keep moving at this pace, “he said.

From the panel of experts, it emerged that water and sanitation is a big problem. The problem is complicated by industrial waste that get drained into water bodies, especially Nairobi River. The contaminated water flows downstream to Athi River and eventually to the Indian Ocean. The contaminated water is consumed by Kenyans living alone the rivers as it drains into the Indian Ocean.  Unknown to many, heating water doesn’t remove the heavy metals. Secondly, it emerged that consumption of the heavy metals leads to a sick society. Hence many are sick from consuming polluted water from rivers, lakes and the ocean.