The University Funding Board (UFB) —which is mandated to cost varsity courses and fees afresh—said it was engaging stakeholders including universities on the fee adjustments.

This will mark the first major shake-up of university fees since the end of free varsity education in 1991 and introduction of the student’s loans scheme-- Higher Education Loans Board (Helb) -- in 1995.

The push for review of the fees comes at a time when the drop in the number of students pursuing parallel degree programme courses, whose tuition charges are based on market rates, has hurt university finances.

This has forced the institutions to freeze hirings and slow down expansion plans as they struggle with huge debts.

“Discussions regarding the fee increment are ongoing…but it’s premature to say anything concrete has been agreed upon,” UFB acting chief executive Milton Njuki said on the sidelines of a regional forum on university education reforms in Nairobi.

“The government is very democratic and is conducting public participation on the same. Such a decision cannot be made from the boardroom,” added Mr Njuki.

This comes in the wake of proposals by vice-chancellors to have tuition charges tripled to Sh48, 000 annually amid opposition from students.

Of the current annual average fees Sh26,000, tuition charges, which have remained unchanged from 1995, take Sh16,000 with the student paying Sh8,000 and the other half settled by Helb.

The remaining bit is taken by charges like registration, amenity, medical and activity fees.

In 2010, a study backed by the World Bank and the government recommended that public universities double their fees and increase interest paid on Helb loans. But student unions opposed the review.

University education in Kenya used to be free and the full cost was borne by the government until the introduction of cost sharing in public varsities in 1991 in the World Bank-backed plan.

It resulted in regular students paying tuition fees, accommodation, meals and personal upkeep after the government withdrew universal financial support to the universities. But the government offers grants to universities based on student population.

Under the model, which was first implemented in the 2017/18 financial year, the government caters for 80 percent of the unit cost of a course while the remaining 20 percent is borne by the institutions. In 1998, the universities started admitting students on their parallel programmes where fees are pegged on the cost of a course.

Its charges range from Sh150,000 to half a million shillings a year.

The self-sponsored students generated billions for the university, easing the push to review fees for regular students.

But the drop in the number of self-sponsored students has put pressure on the universities to seek additional funding with the review of tuition fees taking centre stage. Undergraduate enrollment in public universities dropped by 56,988 last year, marking the first drop in 21 years on the reduction of parallel degree programme students. The drop has worsened the institutions’ already strained cash flows. Data from the Kenya National Bureau of Statistics (KNBS) shows that university enrollment dropped to 382,971 in the year to June from 439,963 recorded a year ago — making this the first fall since the academic year that ended in June 1998.

The Treasury last June announced radical measures that will see some of the 32 public universities merge and some of their satellite campuses shut down across the country following the cash crunch triggered by declining enrollments.

Some of the universities that have closed some of their campuses include Kisii, Laikipia, Moi, Jomo Kenyatta University of Agriculture and Technology, Kenya Methodist University, Catholic University of East Africa and the University of Baraton.

University of Nairobi has warned that the institution will not renew contracts for staff hired on temporary terms due to the dwindling numbers of Module II (parallel) programme.

On November 19 it scrapped the agency that has been managing the self-sponsored programmes — popularly known as the parallel module — pointing to a biting funding crisis in the wake of falling admissions.

END_OF_DOCUMENT_TOKEN_TO_BE_REPLACED 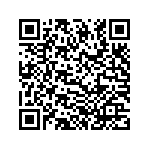