The University of Nairobi and University of Manitoba are marking the 40th anniversary of a research collaboration that has produced life-changing discoveries on HIV/AIDS and other STIs.

This climacteric was celebrated on January 27, 2020, at the University of Nairobi STD/HIV/SRH Collaborative Research Group meeting at the Mayfair, Nairobi. 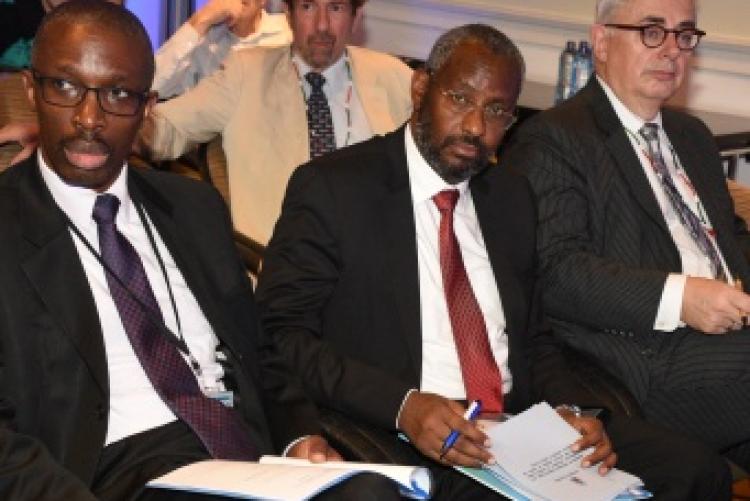 This UM/UoN Collaboration began in 1980, when Dr. Herbert Nzanze, head of the department of medical microbiology at the University of Nairobi, invited Dr. Allan Ronald, a University of Manitoba research pioneer in the field of infectious diseases (now a distinguished professor emeritus), to Nairobi to study sexually transmitted chancroid infections.

In awe and appreciation of the longevity of the partnership, Prof. Madara Ogot, Deputy Vice-Chancellor, Research Innovation and Enterprise, University of Nairobi said, "I was only fifteen when this collaboration began and I can't pick any of my friends who have been in close contact that long. This is indeed a flagship project that has impacted lives."

The profound engagement between these two universities led to important discoveries for instance that HIV can be spread from mother to child through breastfeeding and that sexually transmitted diseases such as chlamydia and gonorrhea increased susceptibility to HIV infection.

“Immense results have been yielded from this collaboration,” said Prof. Stephen Kiama, Vice-Chancellor, University of Nairobi.

In 1986, when it was thought that HIV only affected gay men, University of Manitoba researchers undertook to test women sex workers in Nairobi for the virus. They found that 60 percent were infected with HIV, showing that women could, in fact, acquire the virus.

The UM/University of Nairobi partnership has received millions of dollars in funding from the Bill and Melinda Gates Foundation. It has received global recognition as a best-practice example of North-South research collaboration.

END_OF_DOCUMENT_TOKEN_TO_BE_REPLACED